Making It to the Promise Land 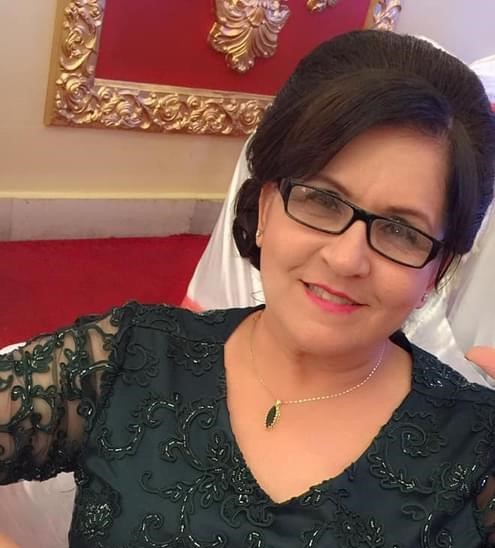 Making It to the Promise Land

Shahnaz Ben Selma’s life is the epitome of a war refugee achieving the American Dream against all odds. Shahnaz has been a fighter and a survivor since birth. At the age of 15, as a child bride, her marriage was arranged to a man eleven years her senior. Before she could celebrate her sixteenth birthday, she gave birth to her first child. Despite the abuse she suffered in her marriage, she completed her education in Afghanistan. Growing up in War-torn Kabul, Afghanistan, prepared her for the hardships she would endure for the decades ahead. By the time her daughter was born, she and her family had to escape the war. During their arduous escape, she had no time to mourn leaving behind the only life she knew and anticipating an uncertain future, or even death. She had to gather her strength and courage for the sake of her children.

During the escape, within a few days they ran out of food and water. She found herself searching the crevices of rocks in the mountains for rainwater to feed to her children. Any food she found along the way, she selflessly relinquished, safeguarding it for her hungry kids. Toward the end of their journey, as the truck full of refugees approached the open fields nearing the border of Pakistan, the most dangerous part of the journey, her seven-month-old daughter began to cry, then suddenly stopped breathing, and turned blue due to lack of air in the humid and crowded truck. The driver warned Shahnaz that he could not stop the truck in fear of being ambushed by the Russian soldiers, but she insisted to save her daughter’s life. He yelled, “I cannot risk killing everyone to save your baby!” Her motherly instincts kicked in, and she opened the door of the truck, which was traveling at high speed, and she was ready to jump out to save her baby’s life. The bus driver had no choice but to stop the truck. She jumped out, snatched her hijab off her head, stretched it open on the dirt, and laid her pale daughter on it. She fanned the dusty hot summer air into her face and prayed with tears in her eyes until her daughter took a deep breath and began crying again. Still kneeling on the dirt ground, she grabbed her daughters tiny and helpless body into her arms and wept.

Living in Pakistan as a refugee was worse than her life in Afghanistan. The marital abuse became worse due to poverty and high levels of stress. Her husband found any reason to beat her, she had no choice but to tolerate it. Every second of the two years living in Pakistan felt like a lifetime to her as they waited to be accepted as political refugees in America. Finally, the good news arrived. She was elated to be with her family once again. Since her parents and sisters resided in Virginia, she and her family settled in the Northern Virginia area upon their arrival to the US. She had reached the Land of Opportunity, and in this land, she planned to transform her dreams into reality.

In 1985 Shahnaz and her family moved to Massachusetts. She held many hourly-waged jobs and saved enough money over the years to open her own tailoring shop in Massachusetts, Eleni’s Dressmaking. She absolutely loved her shop. Working long hours for fourteen years to make her business a success as the main breadwinner in her family brought her more joy than fatigue. Her perseverance and diligence paid off, and her business was immensely successful. Unfortunately, her husband decided that they needed to move to California. Without a voice in her marriage, she closed her business and headed to the West Coast. Within a few years, her husband opened a restaurant, Platters Café in Roseville, CA. As the main chef, she worked long hours, seven days a week, preparing new recipes, to support her husband’s aspirations. Once more, within a few years, her husband dictated the future of their restaurant by closing it. In 2006, she enrolled in National Career Education (NCE) college and within a year she earned her Medical Assistant degree with a 4.0 GPA. Ever since childhood, she aspired to work at the hospital healing the sick and wounded, but upon her graduation, her husband forbade her from working at the hospital because he did not want her to work around other men or to advance in her career in fear of losing power over her.

On a windy November evening, 2014, she received the dreaded phone call. Her beloved father, who had risked his own life to help her, and her family escape the war in Afghanistan, had a massive heart attack and passed away in Virginia. She found herself on the first plane headed to Dulles International Airport. Up in the air, staring out the airplane window at the white soft clouds beneath, she finally understood why she remained in her abusive marriage; it was to honor her father’s reputation in the community while he was alive. A few months prior to his death, he had apologized to her over the phone for forcing her into an arranged marriage when she was still a child. With his passing, she decided to take charge of her own destiny by divorcing her husband. Despite her husband’s stalking and violent threats, she bravely remained steadfast. She filed for divorce and gained her voice and independence.

With her newfound liberty, a new career presented itself to her. She was excited, but still longed for her old tailoring business, her passion. She started at the very bottom as a Sous-chef, but within months, she earned her position of an Executive Chef, and later as the Culinary Director. She traveled throughout America overseeing various facilities. She met her current loving and supportive husband, Sami Ben Selma, during those travels. He too was an Executive Chef. Within a few months they were married and settled in Sacramento, CA, where they still live happily together. During one of her travels to a new location, she realized that her longing for her tailoring business was edged in her memory. She left her director’s position to pursue her passion.

Today, Shahnaz is opening her new business, Ari’s Tailoring. Her mission is to create a tailoring business that embodies true Afghan hospitality and offers quality service and craftsmanship. She has circled back to her love of tailoring to mend more than just clothes. Shahanz’s dream as an independent minority female entrepreneur is not just for herself; it is to stitch together the community as a unified fabric that is bind with common appreciation, compassion, and resilience. She is grateful for all her life experiences, the bad and the good, because those moments have shaped the powerful woman she is today. She broke the chains of oppression with courage. The days of others determining her future are over. Like the phoenix rising from the ashes, it is now her turn to soar even higher in the Land of the Free. However, she needed support to take flight. On the day of the grand opening, she joyfully walked into her beautiful shot, but she soon realized that she had no customers. Standing alone by the glass door of her shop, she stared out with a sinking feeling in her heart. She realized that she needed customers, a new sewing machine and iron. She approached Sophia Sexton at Female Refugee Education Empowerment (FREE), a non-profit organization, for entrepreneurial support and to amplify the presence of her business through social media, by providing the necessary equipment to make her business more successful. Within a few days, she received a brand new professional iron and an industrial sewing machine, a professional website, a paid membership to the local Chamber of Commerce, and assistance with social media, which led to new customers coming to her shop on a daily basis. Now, unlike the years past, she is not abandoned to face life’s trials on her own; she has the support to face her bright future with people who bolster her with love and compassion.

Get updates and learn from the best 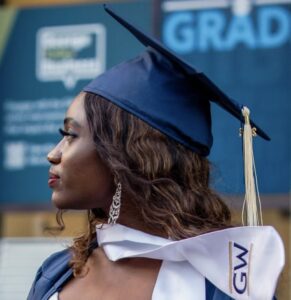 My Name is Rachel Okotete, I moved from Nigeria 7 years ago to the United States after completing my Medical studies in China at the 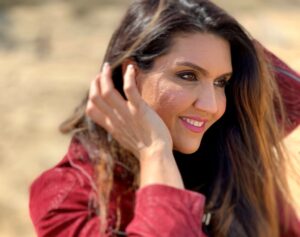 Resettled Afghan Fathers Don’t Want Their Daughters to Be Educated. We Must Change That | Opinion

Your Support Means a Lot

Each donations matter, even the smallest ones